“Taking a leadership role both in the House as well as over the Executive Committee allows me to make the voices of our community part of important conversations related to infrastructure, public safety, tax relief and more,” Rita said. “It’s been, and remains, both a privilege and a great opportunity to deliver for local families and develop policy that moves our whole state forward.”

This will be Rita’s second term leading the Executive Committee, which is responsible for shepherding some of the most important bills through the legislative process. Under Rita’s leadership, the Executive Committee has helped ensure passage of legislation making investments to improve roads and railways, cutting taxes for working families, investing in clean energy and, most recently, banning assault weapons and high-capacity magazines. As Deputy Majority Leader, he will be an integral part of the team developing and executing the policy agenda of Speaker of the House Emmanuel “Chris” Welch.

“Serving in the General Assembly is a public trust that requires a commitment to faithfully translating public need into government action,” Rita said. “That’s why the work of both the Executive Committee and the Speaker’s leadership team are so important and why serving as committee Chair and Deputy Majority Leader is such a privilege. I get to take a leading role in getting the most important work done and in making sure that our priorities as legislators match those of the people who elected us. That’s important, and I’m looking forward to getting back to work.” 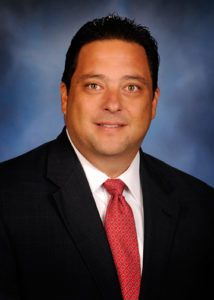