WAUKEGAN, Ill. – State Rep. Rita Mayfield, D-Waukegan, will continue to take a leading role in facilitating public safety efforts across Illinois after being reappointed to lead the Appropriations-Public Safety Committee in the Illinois House of Representatives for the newly-begun 103rd General Assembly.

“I am pleased to have the opportunity to continue the important work in which I have been engaged during the next two years,” Mayfield said. “During the last General Assembly, we were able to move Illinois forward with several significant achievements including more funding for law enforcement, enhanced programs to address retail theft, car theft, gun crime and more. However, more work remains to be done and the coming session is the time to do it.”

The 103rd General Assembly began on Jan. 11 and will continue until January 2025. Mayfield was also the chairperson of the same committee during the recently-ended 102nd General Assembly, where she maintained a consistent record of no-nonsense, equity-focused legislative work, including her efforts to help successfully pass the historic SAFE-T Act.

“This committee’s work is at the intersection of two of the most important aspects of public service—keeping the public safe and ensuring responsible stewardship of taxpayer dollars,” Mayfield said. “These are both areas of responsibility that I take very seriously, and I am excited once again to take on the challenge of ensuring they continue to be addressed in a balanced way.” 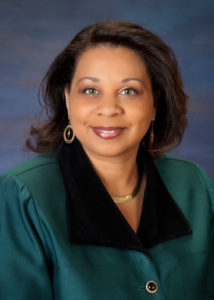