VILLA PARK, Ill. – Minors who attempt or cause physical harm to themselves or others would be unable to receive approval for a Firearm Owner’s Identification Card (FOID) until age 24 under a proposal introduced Friday by state Rep. Deb Conroy, D-Elmhurst.

“The horrific Highland Park parade shooting was carried out by a young individual who had raised red flags with his behavior in recent years and should have never possessed nor had easy access to a weapon of war,” Conroy said. “If you have a clear history of violent behavior and recklessly endangering others, you should not receive easy access to guns just because you turned 18. We have to better consider past incidents, and understand that too many of these individuals do not possess the maturity nor responsibility to handle a weapon.”

Conroy’s House Bill 5766 outlines that minors who attempt or cause physical self-harm or harm to another are subject to denial or revocation of a FOID card. Until age 24, such individuals are presumed to be a person whose mental condition is of such a nature that it poses a clear and present danger. Additionally, the proposal provides that a physician, clinical psychologist, qualified examiner, law enforcement official, school administrator or other person aware of a minor’s violent incident shall report the incident to the Department of Human Services.

The Highland Park shooter, who is 21, reportedly had a history of making threats to his family and had previously tried to take his own life in 2019. The 18-year-old Uvalde shooter similarly had a reported history of making violent threats to others. The 18-year-old Buffalo shooter also reportedly threatened a school shooting last year. All three individuals legally obtained their firearms used in their mass killings.

“Time and again, we are witnessing tragedies carried out by individuals who were outwardly expressing a desire for violence,” Conroy said. “We have to tighten our laws, and this would be a good step forward that more properly accounts for mental maturity.” 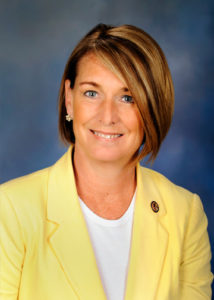