HIGHWOOD, Ill. –State Rep. Bob Morgan, D-Highwood, sponsored a bill signed Friday that carves out an exception for health savings account-qualified high deductible health plans (HDHP) from the prohibition on copay accumulator programs under the Managed Care Reform and Patient Rights Act. Morgan’s bill exempts such plans, subject to IRS requirements, from another law that barred providers from applying the amount a beneficiary saved using manufacturer coupons and other discounts toward their deductibles or annual out-of-pocket limits.

An HDHP has a higher deductible than other insurance plans; the monthly premium is usually lower, but consumers pay more health care costs before the carrier starts to pay its share. An HDHP can be combined with an HSA, allowing the consumer to pay for certain medical expenses with money free from federal taxes.

“Every Illinoisan deserves healthcare choices that make sense for their situation and budget,” said Morgan. “This law helps with that by fixing a bureaucratic pitfall that made it needlessly more difficult for many people to access high-quality healthcare on their own terms.”

Once signed, the new law’s provisions will become effective immediately. 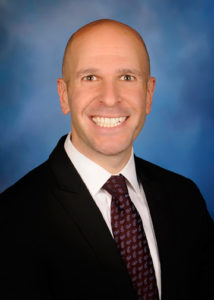