“By disregarding speed limits and traffic laws, street racing presents a clear danger to our community; one I am committed to combating,” Croke said. “People engaging in this behavior are putting many lives at risk—including on Lake Shore Drive, which runs through the 12th district. This measure cracks down on those facilitating street racing, as well as those engaging in street sideshows, such as stunts like jumping cars over gaps, which jeopardize other drivers and pedestrians.”

Croke is helping lead the charge to pass House Bill 5439, which creates new penalties for cars helping facilitate street racing by obstructing traffic or interfering with other drivers to clear space on highways. This bill also establishes laws barring drivers from performing or facilitating ‘street sideshows’, such as stunts like jumping cars over gaps or driving circular ‘donuts’. She is a chief co-sponsor on this bill, joining Reps. La Shawn Ford and Michael Marron. Following its unanimous bipartisan approval in the House, the Senate is now considering HB 5439.

Fatal traffic accidents have recently been rising across the state, but in Chicago especially. In 2020, they shot up by almost 50%. New data indicates the dangerous trend continued in 2021.

“This bill targets drivers who are facilitating street racing and dangerous stunts, as the crimes would not be possible without them,” Croke said. “Fatal accidents are on the rise, and we cannot stand by while innocent lives are in danger.” 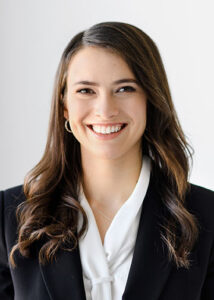