CHICAGO – Following 15 years of service as a state representative, Majority Leader Greg Harris today announced he will not seek re-election to the Illinois House of Representatives.

“When I stepped into this office 15 years ago, I was committed to making change. I wanted to improve the lives of LGBTQ folks, support our immigrant community, increase the diversity of our caucus and fight for those who for so long have been ignored. As I look back at my time in Springfield, I can confidently say that I was fortunate to do that and more. Therefore, while I will finish the rest of my term and continue leading our caucus through the annual budget process, I will not be seeking re-election,” said Leader Harris.

Harris is leaving office with a litany of legislative achievements to his name. Harris was the chief sponsor of the law that delivered marriage equality throughout Illinois. Following this, Harris became the first LGBTQ person in Illinois history to be in legislative leadership. Additionally, despite Gov. Rauner’s heartless efforts, Harris successfully protected funding for critical human services programs. Early in his tenure, Harris successfully spearheaded legislation reducing economic disparities in mammograms and breast cancer treatment. He is also credited with numerous laws cutting red tape in Illinois’ health care system and lowering the costs of prescription drugs.

“As a proud member of the Democratic Caucus, I can say we stood together and worked toward change over the course of eight General Assemblies, four Governors, two recessions and a global pandemic. I am proud to have worked with dedicated colleagues, staff and activists. I am immensely proud to have served with Speaker Welch, our state’s first African-American Speaker. And finally, I’m most proud to have served my district and demonstrated that good government matters—that, with thoughtful policy, we can improve lives and make a more just society together,” said Leader Harris.

Other major bills Leader Harris has sponsored include:

“I’m making this announcement now so people considering running for office have time to think and prepare. There is much more to accomplish and we have a young, diverse group of leaders who are ready to take the reins and lead. It’s time to give them the opportunity to do so,” said Leader Harris.

“I want to thank my colleagues—on both sides of the aisle—who have worked tirelessly alongside me. I have learned many lessons, created countless memories and cemented life-long friendships. This has been an honor of a lifetime, so thank you,” said Leader Harris. 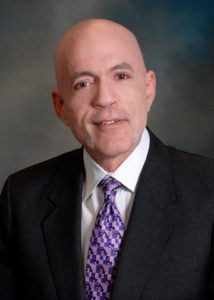