“I want to thank Governor Pritzker for signing House Bill 3914 into law. We appreciate his willingness to acknowledge the persistent inequities in state hiring and contracting and to step up to try to do something about it,” Flowers said.

“When it comes to traffic stops, Black people are grossly overrepresented compared to our percentage of the overall population. But when it comes to state jobs and contracts, we are just as noticeably underrepresented. Why is that?” asked Leader Flowers. “State government should be leading on diversity in hiring and contracting. But instead of leading, we’re lagging. Clearly, more has to be done to level the playing field.”

“People feel more comfortable when they talk to someone who looks like them. For the hiring process, this is true on both sides of the equation: for the people who do the hiring as well as the job candidates they are interviewing,” Flowers said. “This has worked well for people in the majority for centuries. But now, if we want to do something to challenge the status quo, we’re going to have to be more inclusive when we interview candidates for state jobs.

“Good intentions are not enough. As a huge employer, the State of Illinois must have equity and diversity in its own workforce,” concluded Leader Flowers. “This legislation simply tries to put a structure in place that moves us from good intentions to positive action.” 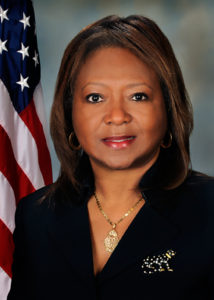