SPRINGFIELD, Ill. —State Rep. Kam Buckner released the following statement after new bills reforming Government Ethics and Clean Energy passed out of the General Assembly as the Illinois House of Representatives wrapped up its Session on Thursday.

“Today in Springfield, we came together to do what we were elected to do; create a path toward a brighter future for Illinois. The passing of this Energy package will promote the use of new innovations to get us to zero carbon emission by 2045 and help combat climate change. These key reforms will preserve the environment, create the jobs of the future, and promote fair equitable resourcing for the people and communities across Illinois.”

“I want to applaud my colleague state Rep. Marcus Evans for spearheading the final compromise that led to the passing of this landmark legislation. His efforts to ensure that even as we balanced a wide range of priorities, we remained focused on the task at hand. Rep. Evans, like myself, has worked tirelessly to create a truly equitable Illinois where your quality of life is not determined by your zip code and this plan to make us carbon free will preserve life for those most impacted by pollution.”

“The passage of the Ethics bill will help restore the line of trust between our government and the people of Illinois to whom we took an oath to represent with honor and dignity. Our constituents should never have to be wary of elected officials using their positions and influence to push their own self-benefiting agendas. Each and every day public officials and state government workers spend employed should be used to work for the best interest of people and the passing of Senate Bill 539 will help ensure that is the case.” 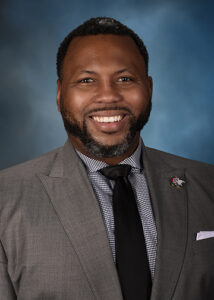