CHICAGO – To crack down on the illegal sales of guns and keep Illinois families safer from gun violence, state Rep. Lakesia Collins, D-Chicago, sponsored legislation to strengthen regulations on gun sales and increase funding for mental health programs in communities most affected by gun violence.

The Collins-sponsored House Bill 562 will strengthen the process for purchasing firearms and crack down on the resale of stolen guns, helping to mitigate gun violence. The new law will require the Illinois State Police to create and maintain a database of stolen guns and monitor the existing database for firearms prohibiting records. It also requires federal background checks for all private gun sales. This law will also direct $9 million for mental health funding to communities most impacted by gun violence. The bill was signed in to law by Gov. Pritzker on Monday.

“We now have a strong foundation for further work on gun violence prevention and the illegal trafficking of guns in our state,” said Collins. “I look forward to continuing my work in Springfield to keep our families and communities safe from gun violence.” 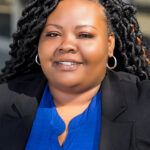