SPRINGFIELD, Ill. – In order to give all residents a voice when it comes to how their local schools are run, state Rep. Cyril Nichols, D-Chicago, helped pass legislation that will transition the Chicago Board of Education into an elected body.

“With the rest of Illinois residents being able to vote for those who run their schools, it is far past time that those who live in Chicago are given the same ability to choose their school board representatives,” said Nichols. “Allowing voters to have more of a say in how the local government is run is always a positive, and this legislation will ensure that those in Chicago will be properly represented.”

For almost 30 years, the Chicago Board of Education has been the only non-elected school board in the state of Illinois, with the mayor of Chicago appointing the members. To ensure that the needs of the community are being represented on the board, Nichols voted in favor of House Bill 2908, which transitions the Chicago Board of Education into a partially-elected body in 2025 and a fully-elected body in 2027. The bill also increases the number of members on the school board from seven to twenty-one to ensure all residents have proper representation on the board.

“Given the importance that school boards play in ensuring our students are receiving a quality education, residents deserve to be able to pick who represents them,” said Nichols. “The education of our students is too important to be left in the hands of people unaccountable to voters.” 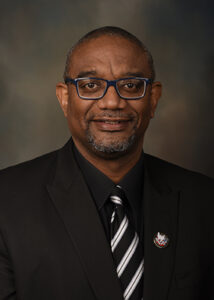