“The Tax Credit for River Edge has allowed for key development and the much needed revitalization of Downtown Peoria,” said Gordon-Booth. “The extension of these incentives will further support the significant economic growth that Peoria has experienced since implementation of the tax credit.”

Gordon-Booth’s legislation, Senate Bill 157 and Senate Bill 1823, are up for consideration in the Illinois House Revenue and Finance Committee. Rep. Gordon-Booth has invited Peoria’s Mayor Rita Ali to testify as a witness in front of the committee on the critical impact that the River Edge Historic Tax Credit has had on Peoria and other eligible communities, including parts of Aurora, East St. Louis, Elgin and Rockford.

“The River Edge Redevelopment Zone tax credit has had a clear and positive impact on Peoria and other river communities in the state.” said Gordon-Booth “With millions of dollars in investments to revamp these communities, we want to continue to bring life back into these historic buildings.”

Set to expire at the end of 2021, Gordon-Booth’s legislation would extend the River Edge Redevelopment Zone tax credit through the end of 2026. 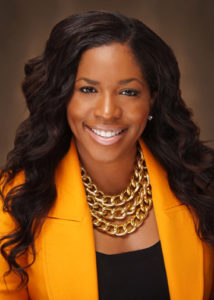