SPRINGFIELD, IL – In the wake of nearly 200 mass shootings so far this year, State Representative Denyse Stoneback (D-Skokie) passed HB 1092 out of the Illinois House.

While we continue to deal with COVID-19, we have to address the more chronic pandemic of gun violence that continues to kill innocent Americans every day. A mass shooting in Evanston killed five people in January of 2021. Since then, we have seen more mass shootings in Atlanta, Boulder, and most recently in Indianapolis, Kenosha, and Colorado Springs.

In 2018, the Firearms Restraining Order (FRO) Act passed with bipartisan support and it went to effect in January of 2019. Designed to temporarily remove firearms from individuals who pose a significant risk to themselves or others, this law has been vastly underutilized due to a lack of awareness and inconsistent implementation.

House Bill 1092 strengthens our existing FRO law in order to prevent the next mass shooting, hate crime, or gun suicide in Illinois. When a FRO is granted, this bill will ensure firearms—and now ammunition—are removed in a timely manner. This bill will also include yearly training for law enforcement on the use of the FRO and create an education campaign for the general public through the Department of Public Health.

“I became a legislator to fight gun violence,” says Representative Stoneback. “HB 1092 is an opportunity to prevent further tragedies like the ones we have seen across the nation. No family should have to bury their child, spouse, or loved one due to preventable gun violence.”

“From the bottom of my heart, I applaud Representative Stoneback’s diligent leadership on this bill,” said Speaker Emanuel “Chris” Welch. “By improving public awareness of firearm restraining orders and bolstering police training, this bill will bring about specific, tangible reforms that can save lives and protect people from falling victim to gun violence.”

HB 1092 now moves to the Senate for further consideration. 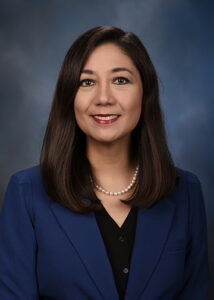