SPRINGFIELD, Ill. – To cut down on wasteful spending, state Rep. Suzanne Ness, D-Crystal Lake, is rejecting a taxpayer-funded pension and is sponsoring legislation to reign in perks for politicians.

“As we enter the second year of the pandemic, legislators need to find solutions to cut down on spending,” said Ness. “Our state faces serious financial difficulties, and reigning in costs should start with the perks for legislators.”

Ness opted out of receiving a taxpayer funded pension when she was sworn into office in January. Ness has also sponsored legislation, like House Bill 3104, to ensure elected officials who resign or vacate their seat will only be paid for the days they worked instead of the entire month. Ness also backed House Bill 178 to freeze funding for legislator salaries if the members of the General Assembly do not pass a balanced budget. These pieces of legislation are part of Ness’ commitment to ethics reform and cutting down on unnecessary spending.

“Taxpayer money should never be used to cushion a legislator’s retirement,” continued Ness. “By cutting down on perks for elected officials, legislators can instead focus on serving the public and working on behalf of all Illinoisans.” 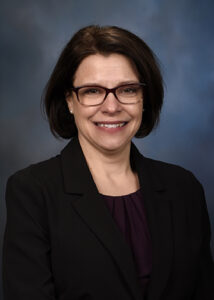