SPRINGFIELD, Ill. – To ensure academic success for all Chicago Public School (CPS) students, especially those of a low-income or minority status, state Rep. Curtis J. Tarver II, D-Chicago, has introduced a new measure that will prohibit CPS from requiring students entering pre-K to take a standardized test to be admitted to a selective enrollment school.

“Where a child goes to pre-K determines where they will go to elementary school and in turn middle school, high school and even if or where they go to college,” said Tarver “As more research comes out showing racial and socio-economical bias in standardized testing, we need to be aware of how that affects which students are admitted into selective enrollment programs, as well as ways we can make testing more equitable. Not to mention, taking a standardized test that will ultimately decide the entire academic future of a student is a lot of pressure to put on a four-year-old.”

Selective enrollment schools currently use a standardized test to determine which students will be selected to enroll in the upcoming school year. Tarver’s measure, House Bill 13, will remove the requirement of a standardized test in hopes that other alternatives will be found to determine student eligibility. Tarver hopes that, with the legislation, students will have more opportunities to be successful in their academic and professional careers, especially those students who may otherwise not have had the chance to be admitted to a selective enrollment school.

“Currently no real effort has been made to find alternatives to standardized testing to determine a student’s preparedness for schools.” said Tarver “Not only are standardized tests an archaic form of intelligence testing, but they also put lots of pressure on children that are still learning basic skills and education. By introducing this bill, I hope we can find better solutions to enrollment and provide additional opportunities for all students, no matter what.” 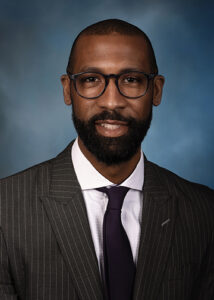