Walker Celebrates Juneteenth, Calls on Residents to Reflect on Ways to Combat Racism

“While Juneteenth recognizes the end of a terrible chapter in our country’s history, the sad reality is that the Black community continued to face violence, hate and racism throughout our nation,” Walker said. “Systemic discrimination is not something in a history book, it’s something that residents continue to face on a daily basis.”

While President Abraham Lincoln would issue the Emancipation Proclamation aimed at freeing slaves in rebellious states during the Civil War at the beginning of 1863, slavery continued as late as 1865 in some of these territories. Slavery continued in parts of Texas until Union forces announced on June 19, 1865 in Galveston that all slaves must be freed. Ratification of the 13th Amendment later that year finally ended slavery in all parts of the country, and Juneteenth would become an annual day of celebration recognizing the end of slavery in the United States.

This year, in the wake of widespread protests calling for change, Walker is sponsoring House Resolution 861 to condemn racism and to outline ways to address structural discrimination through economic investment.

“There are steps we can take on both a short and long-term basis to begin to dismantle institutional racism,” Walker said. “It falls on all of us on an individual level, particularly those of us who have been privileged, to take action.” 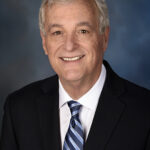