SPRINGFIELD, Ill. – As part of her commitment to enact comprehensive ethics reform, state Rep. Delia Ramirez, D-Chicago, introduced legislation that would ban legislators and their spouses from engaging in lobbying at the local level.

“As lawmakers, our number one priority is to serve our communities and fight for issues that matter most to them,” Ramirez said. “It is appalling that individuals have abused their offices to benefit themselves financially and this legislation ensures that elected officials operate under the highest level of integrity.”

Ramirez is championing House Bill 4792, which would effectively ban lawmakers and their spouses from lobbying any local units of government. Currently, members of the General Assembly are prohibited from being paid to lobby outside their official capacity on issues that affect Illinois as a whole. Ramirez’s legislation expands this definition to include promoting or opposing legislation impacting local governments while being paid a legislative salary.

“No lawmaker should be profiting off the financial success of any organization or institution that they have been charged to regulate,” Ramirez said. “If we are going to get real about ethics reform, we have to put in the work to crack down on conflicts of interest and increase accountability.” 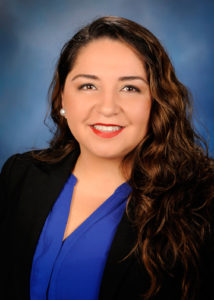