SPRINGFIELD, Ill. – In response to reports of politicians timing their retirement in order to cash in on a full taxpayer-funded paycheck, state Rep. Karina Villa, D-West Chicago, is backing a new initiative to prohibit legislators from receiving a full month of pay if they do not serve the entire month.

“It is completely unacceptable that a politician is paid a full month’s salary even if they resign on the first day of the month. Any other Illinoisan that quits their job would only be paid for the days they actually worked,” said Villa. “Lawmakers and other elected officials must be held to a higher standard. It is wrong that this loophole has been continually exploited, leaving taxpayers on the hook for a salary of a public official that is no longer in office while Illinois families are already burdened by some of the highest taxes in the nation.”

In collaboration with the Illinois Comptroller’s Office, Villa is supporting House Bill 4131, a new initiative which will change the rate of pay for members of the Illinois General Assembly, ending the current law that allows legislators to be paid for an entire month of work, even if they only serve one day of that month. Villa’s legislation closes that loophole, requiring legislators to follow the same pay structure as most other state employees and establishing a prorated system for legislators who do not complete their term.

“I am continually working to put an end to politician perks and other loopholes that are billed to the taxpayer because Illinoisans deserve an efficient and transparent government,” continued Villa. “As a part of my commitment to build a stronger Illinois I will continue my efforts to improve our government, save our state money, and fight for a government that residents can put their trust in.” 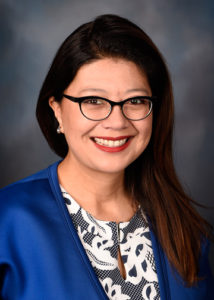