​SPRINGFIELD, Ill. – In an effort to ensure the 1.3 million Illinoisans living with diabetes have access to lifesaving treatment, state Rep. Fred Crespo, D-Hoffman Estates, voted to pass legislation to cap out-of-pocket insulin costs at $100 per month.
“Access to health care is a human right and the health care system is failing to provide that to middle-class families and seniors,” Crespo said. “This legislation will ensure that every Illinoisan living with diabetes is able to live a normal life without fear of being unable to afford their insulin.”

Crespo supported Senate Bill 667, which caps insulin out-of-pocket costs at $100 per month, regardless of the amount that an insurer pays. The scientists who created insulin sold it to the University of Toronto for $3 in 1923, according to the Harvard Political Review. But since then, major pharmaceutical companies have raised prices to levels that make it unaffordable for a large number of people. According to the Yale School of Medicine, one in four Americans with diabetes are currently forced to ration their insulin because of inhumane costs. The Crespo-backed measure passed both houses and now heads to the governor for consideration.

This spring, Crespo also backed Public Act 101-0452, which creates the state’s first comprehensive framework to regulate pharmacy benefit managers (PBMs), in an attempt to rein in the rising costs of prescription drugs. The Crespo-backed law will go into effect on Jan. 1, 2020.

“By working together, we have been able to make our state a leader in the fight to rein in prescription drugs costs,” Crespo said. “I look forward to continue working to protect the middle class from the greed and anti-consumer practices of big pharmaceutical companies.” 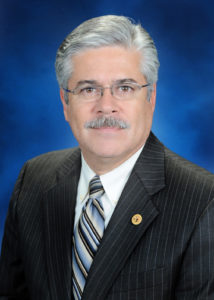