SPRINGFIELD, Ill. –State Rep. Lindsey LaPointe, D-Chicago, supported a measure which would give high school students greater access to vote on election days. The new legislation, SB 1970, which would give students who are of voting age 2 hours during school day to vote, passed through the House chamber.

“Now more than ever, young people are participating in our democracy like never before. It is clear that they deserve a better seat at the table,” said LaPointe. “That is why I supported this legislation to accommodate their school schedules and broaden their access to the voting booths.”

LaPointe backed Senate Bill 1970, a measure that would give students entitled to vote in a primary, general, or special election the right to be absent from school for a period of 2 hours during the school day to vote. Young people who are 17 years of age at the time of primary may vote if they turn 18 years old by the time of the general election for the primary in which they wish to vote..

“The policies we are crafting and deciding on today will have a meaningful impact on the lives and futures of young people in our communities,” said LaPointe. “In order to build a stronger Illinois, we need to make sure we are giving young people the tools they need to be engaged in the political process.” 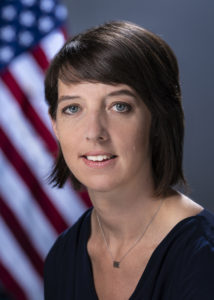