Didech Highlights Efforts to Crack Down on Toxic Pollutant Emitters

SPRINGFIELD, Ill. – As part of his continued effort to crack down on companies that release toxic chemicals into our air, state Rep. Dan Didech, D-Buffalo Grove, is backing legislation that would ultimately ban the use of Ethylene Oxide (EtO) in densely populated regions like Lake County.

“We have worked tirelessly this year to address the Ethylene Oxide crisis facing communities in Lake County,” Didech said. “I’m backing legislation that will build on the progress we’ve made by phasing out the use of EtO in communities like the ones I represent and ensuring emitters have a clear and safe plan to do so.”

Didech is backing House Bill 3888, which by 2021 would ban the use of EtO by sterilizers, manufacturers and hospitals in high density areas like Gurnee and Waukegan, and increase regulations for these entities in less densely populated areas. Under the Didech-backed plan, emitters would also have to submit a phase out plan to the Illinois Environmental Protection Agency (IEPA) to review and approve before closing shop.

This spring, Didech was a lead sponsor of Senate Bill 1854, which added regulations for manufacturers in Lake County, ensuring compliance with environmental standards.  Didech has served as an active voice in the various House Energy and Environment Committee hearings held on EtO and earned 100% score on the Illinois Environmental Council’s (IEC) 2019 Environmental Scorecard for his work on this and other environmental policy initiatives.

“Some of the most important work we do in Springfield involves promoting a green economy by not just cracking down on emitters, but also being proactive in order to prevent any future harm to local residents and our environment,” Didech said. “I’m proud of the work we’ve done to hold polluters accountable and remain committed to supporting policies that make Illinois a leader on environmental issues.” 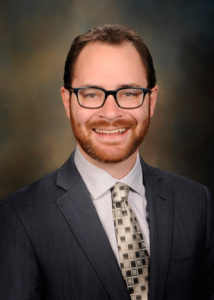