“This year, we’ve made great progress in funding expanded mental health resources, but there’s much more work to be done. Suicide rates have risen steadily for nearly two decades. Suicide is preventable, and we must continue advocating for the life-saving prevention resources our community needs,” said Mason. “I’d like to thank the Lake County Suicide Prevention Task Force for organizing this important event and for inviting me to join them in raising awareness for suicide prevention.”

According to the Centers for Disease Control, the U.S. suicide rate increased by 33% between 1999 and 2017. In an effort to address that increase, Mason has sponsored several measures that create or expand behavioral health resources in the state. 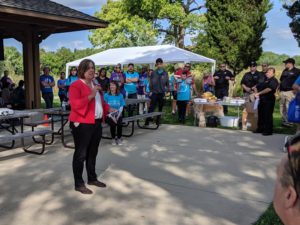