SPRINGFIELD, Ill. – State Rep. Daniel Didech, D-Buffalo Grove, is applauding the signing of legislation he sponsored to ban the harmful chemical Bisphenol A (BPA) from being used in in the production of thermal paper commonly used for receipts. BPA has been linked to higher rates of cancer, among other harmful health effects.

“The Federal Environmental Protection Agency failed to ban BPA, and as a result it is still present in receipt paper that consumers and workers handle daily,” Didech said. “The General Assembly took action to ban this harmful chemical from being used in Illinois, which will help lead to a healthier state and help save lives.”

Didech is a sponsor of House Bill 2076, now Public Act 101-0457, which prohibits the use of BPA in the production of thermal paper used for business or banking records, including receipts, beginning Jan. 1, 2020. BPA is a hormonally active chemical that can cause disruption in the endocrine system of humans, even in small doses. Didech backed this legislation, as well as measures to regulate the use of the carcinogenic compound ethylene oxide (EtO), as part of his ongoing mission to protect communities and the environment from harm.

“As science and medicine advance, we learn more about the harmful side effects caused by chemicals present in our everyday lives,” Didech said. “When we discover that an everyday chemical is harmful, we must take swift action to limit its use and find alternatives in order to keep people safe. That’s exactly what happened here.” 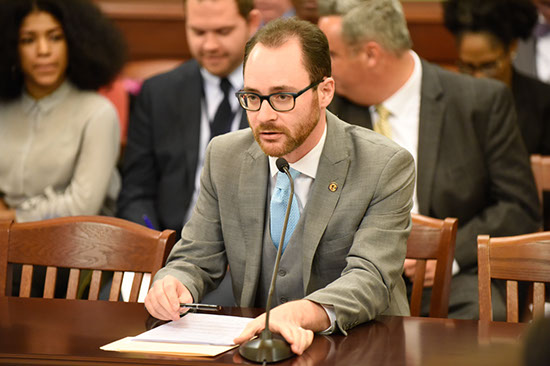