“People of faith are under attack on a daily basis simply because of their beliefs, and that is un-American and morally wrong,” said Carroll. “It is painful to hear about more religious hate crimes and more mass shootings across our country and around the world. It is clear that more must be done to address gun violence and I backed a new law that will help crack down on offenders who carry out deadly acts of violence purely for religiously motivated intent.”

Carroll’s House Bill 38 enhances aggravating factors in sentencings for murders and assaults committed in a place of worship and against people of faith. This bill expands current law that stipulates aggravating factors are included in sentencings when the target of an attack is a police officer, firefighter, emergency medical technician or child under the age of 12.

In Illinois alone, according to the Southern Poverty Law Center, there are 31 known hate groups, some of which include Nazi-sympathizers like the Aryan Nations Sadistic Souls and the America First Committee. There are more than 1,000 hate groups nationwide.

To further help religious communities, Carroll sponsored House Resolution 163 to highlight the nation’s unwavering support for Israel, which remains the sole democratically elected government in a region of the world where democracy does not exist. Carroll also sponsored House Bill 2832, which designates the month of April each year as the Sikh Awareness and Appreciation Month, helping honor Sikh Americans’ contributions to state and national diversity. 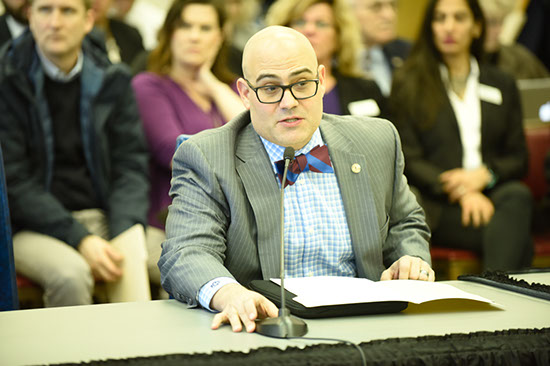