“Violent gun crime is occurring too often across our country, and something must be done to end this insanity,” Willis said. “This new measure will offer much-needed protections for people of faith who will now have the security of engaging in their religious practices without fearing for their lives. It is now more critical than ever to continue efforts to fix the FOID system in Illinois too.”

Willis supported House Bill 38, which increases the penalties for inciting an act of violence in a church, synagogue, mosque or other place of worship. Prior to this law taking effect, it was an aggravating factor in sentencing when the target of an attack was a police officer, firefighter, emergency medical technician or child under the age of 12. The Willis-backed bill expands this classification to violent crimes occurring in places of worship and against those who are praying or engaged in religious activities.

In Illinois alone, according to the Southern Poverty Law Center, there are 31 known hate groups, some of which include Nazi-sympathizers like the Aryan Nations Sadistic Souls and the America First Committee. There are more than 1,000 hate groups nationwide.

“People of faith have rights too, and they should never be afraid to pray in a peaceful setting,” Willis said. “Hate groups and hate speech are being flamed by the divisive rhetoric that is coming out of Washington D.C. on a nearly daily basis, but Illinois must remain vigilant in calling out that division.” 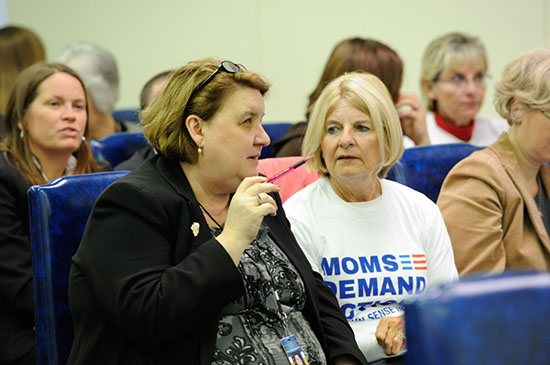