“Hate groups are growing increasingly bold and we need to take a stand against the violence they bring to our communities,” Jones said. “More and more, people in houses of worship do not feel secure. When parents are going to church and they have to know where the exits are in case the worst happens, the only solution is to crack down on the violent, prejudicial actions that these criminals are committing.”

Jones backed House Bill 38, which strengthens sentences for a murder committed in a church, mosque, synagogue or other place of worship. Additionally, injuring a person in a religious institution will now carry a punishment of up to 15 years in prison, and carrying a gun or other weapon into a house of worship with the goal of harming someone will carry a punishment of up to seven years in prison. The bill received strong bipartisan support, and was recently signed into law by the governor.

“This hateful attitude has been growing in recent years, and the source is clear; Donald Trump consistently advocates for the mistreatment of religious and minority communities. His rhetoric that people unlike him are somehow less than him emboldens the worst among us to carry out terrible acts of violence,” Jones said. “This legislation should send a message. Our communities will not continue to bear the threat of violence just for believing in God. Anyone who attempts to scare us away from our faith with violence will face swift and lasting retribution.” 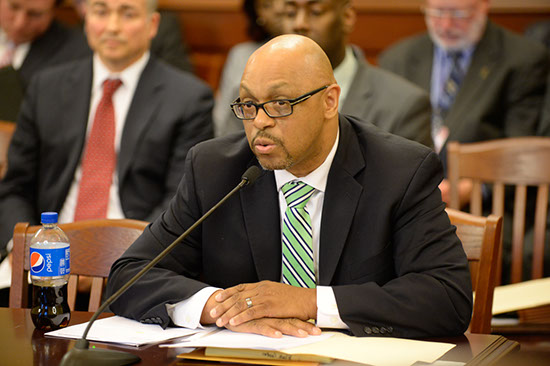