Feigenholtz Fires Back at President Trump: Stop the Dog-Whistle Politics

“Donald Trump manipulates the national conversation with his dog whistle politics and this time he’s doing it with anti-Semitic rhetoric,” Feigenholtz said. “Jewish Americans should not be surprised that Trump continues to use tactics that are reminiscent of the darkest moments in Jewish history where hateful and xenophobic language was used as part of a strategy to divide.”

Feigenholtz is a supporter of a strong U.S-Israel relationship and was the chief-sponsor of Illinois’ anti-Boycott, Divestment and Sanctions (BDS) law, which was the first in the country. BDS is a campaign to delegitimize Israel through the promotion of boycotting companies that do business with the country.

“Expecting any retraction of these hateful and manipulative comments eludes this president,” Feigenholtz said. “Trump’s comments are devoid of the knowledge and history of Jewish people. I look forward to the day that Americans are able to restore integrity to the presidency.” 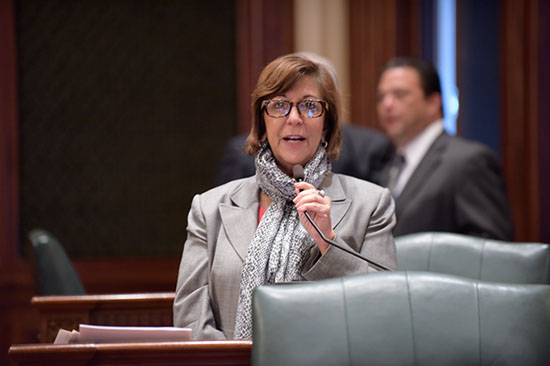