“Thanks to good work from legislators at both ends of the political spectrum, as well as invaluable contributions from labor and business groups, Illinoisans are going to reap the benefits of major infrastructure projects,” Connor said. “These projects will drive economic expansion and bring much-needed job opportunities to communities across the state. I want to build a stronger future for Illinois, and investing in sound infrastructure is one of many steps I’m taking to create that future. The Transportation For Illinois Coalition is a great organization, and I appreciate their recognition.”

Connor received the Transportation For Illinois Coalition’s “Friend of Infrastructure Award” for his work with a diverse coalition of groups – including the Illinois Chamber of Commerce and major labor organizations – to pass a $45 billion investment package that will rebuild Illinois’ roads, bridges and railways, while creating an estimated 500,000 new jobs. The coalition consisting of contractors, unions, chambers of commerce and local governments, was formed to highlight the role of infrastructure investment in economic development.

Connor’s vote to rebuild Illinois’ infrastructure followed a report released by the Illinois Chamber of Commerce which found that failing roads are costing taxpayers $16.4 billion every year, with wear and tear, flat tires and emergency repairs taking $627 from every suburban motorist every year. Rather than continuing to throw this money away, Connor’s infrastructure plan invests in new, high-wage jobs and better roads.

“After Illinois’ recent history of dysfunction, the historic and bipartisan vote for infrastructure investment sends a strong and positive message to residents and taxpayers,” said Jennifer Morrison, managing director of the Transportation For Illinois Coalition. “Elected officials believe in Illinois and its future and are here to make sure investments that benefit all citizens are made in a responsible way. Thank you for your leadership!” 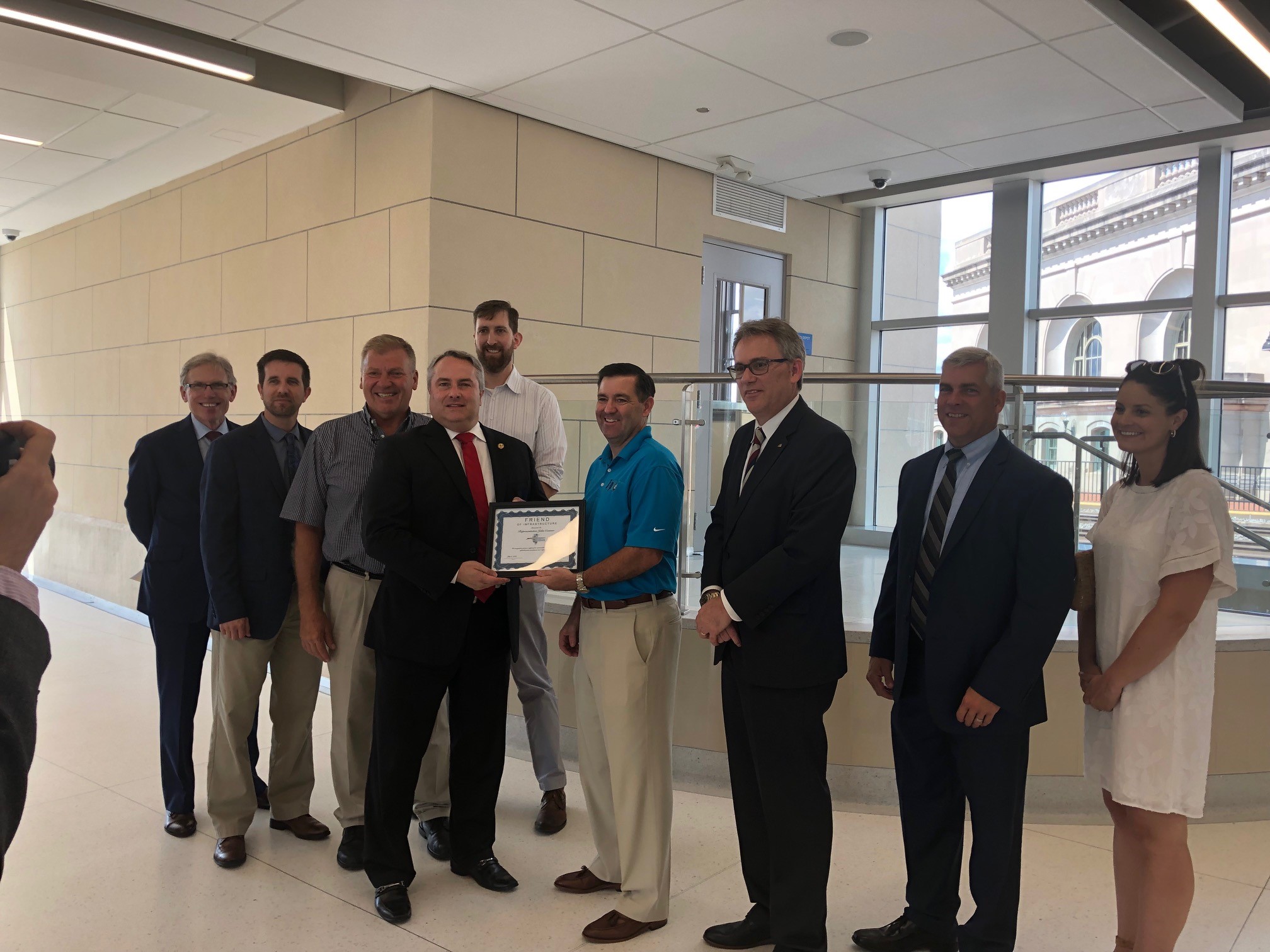 Pictured: State Rep. John Connor (fourth from the left) received the Friend of Infrastructure Award from the Transportation For Illinois Coalition.