SPRINGFIELD, Ill. –Thousands of Illinoisans who are dangerously allergic to sesame will be protected under a new law, sponsored by state Rep. Terra Costa Howard, D-Glen Ellyn, which requires packaged foods containing sesame products to clearly label the allergen.

“Food allergies can be deadly,” said Costa Howard. “Consumers need to know what’s in their foods, and they shouldn’t have to worry that common allergens are being hidden from ingredient lists. With this new law, people who are allergic to sesame will get the information they need to protect themselves.”

Under the new law, which was recently signed by Governor J.B. Pritzker, foods that contain sesame oil or seeds will carry an allergy warning label, just like foods containing milk, shellfish and peanuts. Previously, food manufacturers could simply list sesame as a “natural flavor,” putting sesame-allergic people at risk.

“The ways that many Americans eat and cook are changing,” Costa Howard said. “There’s a greater emphasis on cooking with heart-healthy oils, including sesame oil, and we have increased access to ethnic cuisines that use sesame-based ingredients. While those shifting choices may be healthier for many people, we need to remember that sesame is one of the top 10 food allergens. With this new law, people who are allergic to sesame will have the information they need to stay safe.”

“The federal Food Allergen Consumer Protection Act passed 15 years ago,” said Kenneth Mendez, CEO and President of Asthma and Allergy Foundation of America. “The purpose of that law was to ensure that there would be clearer labeling of food for the millions of Americans with food allergies. However, it has not protected the growing number of people with sesame allergy. It is past time for this to be fixed. We thank Illinois for pushing the United States to catch up to Australia, Canada, the European Union, and New Zealand in requiring manufacturers to disclose sesame ingredients in plain language.” 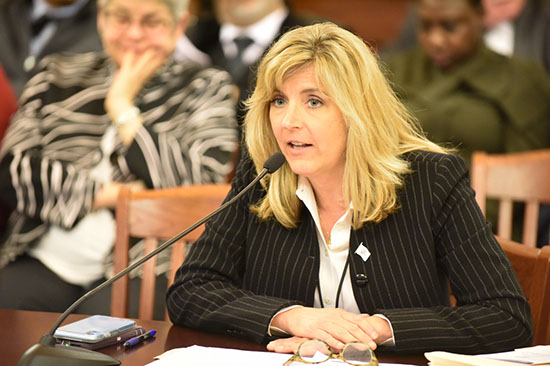