“Too many employers still use discriminatory hiring practices, such as asking about a woman’s wage history, making it easier for them to pay their employees less,” Walker said. “I supported this legislation improving on Illinois’ equal pay laws because it keeps us on the path to true wage equality. As a former entrepreneur, I know that the best workers are the employees who have the skills and experience needed to do the job, not the ones you can pay less.”

House Bill 834 strengthens state laws prohibiting wage discrimination by making it illegal for employers to force applicants to disclose their wage or salary history. This practice has been used historically to keep women in a cycle of lower wages often perpetuating throughout their lives. The bill, co-sponsored by Walker, passed both the House and the Senate with bipartisan support.

“Laws like these go beyond just the important fight to end sexism and gender discrimination,” Walker said. “Building a stronger Illinois by building a stronger middle class means paying working families a living wage. Increasing the minimum wage and working toward true wage equality are big steps we’ve taken in the General Assembly to help Illinoisans get ahead.” 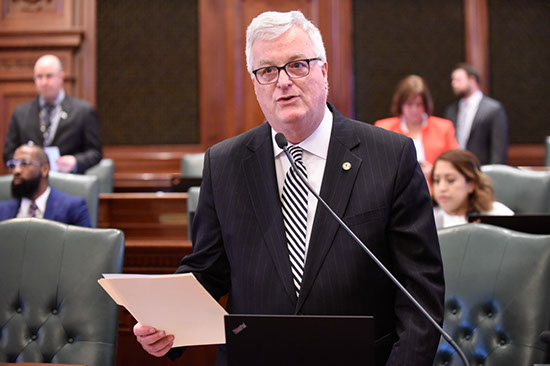