AURORA, Ill. – Legislation supported by state Rep. Barbara Hernandez, D-Aurora, to increase the number of apprenticeship jobs for minorities throughout the state was signed into law last week.

“Jobs in the construction industry are in high demand and can be a great career to make a quality living wage,” said Hernandez. “Despite the high demand, minorities throughout the state still struggle to land a job that can support them and their families.”

Hernandez co-sponsored Senate Bill 534, which will create the new Bureau on Apprenticeship Programs within the Illinois Department of Labor and an accompanying advisory board. Leadership from each chamber will appoint a member to the advisory board, totaling 12 members. The bipartisan board will be given the task to examine the current systems and processes that are limiting minorities from gaining access to careers in the construction field, along with giving recommendations to the governor and the General Assembly on how to increase these jobs. The bill received large bipartisan support, and the new law will take effect on Jan. 1st, 2020.

“There are countless barriers that minorities face that prohibit them from finding a well-paying career compared to their white counterparts,” said Hernandez. “An apprenticeship is a crucial kick-start to a long and successful career, and it is time that minorities are better represented in the construction field.” 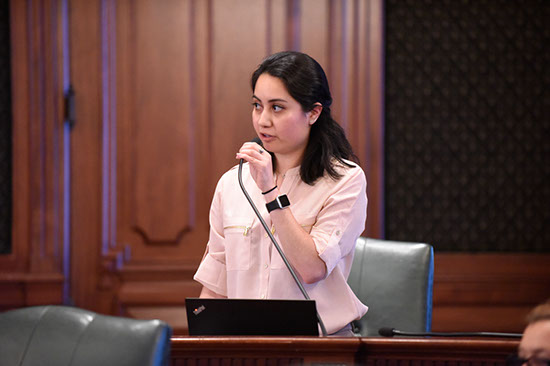