“Because of the efforts of Governor Pritzker and the General Assembly, Illinois continues to be at the forefront in the fight for LGBTQ+ rights and recognition,” said Didech. “This is another step towards achieving equality and justice for everyone in our state.”

Didech is the chief House sponsor of Senate Bill 1378, now Public Act 101-0327, which establishes non-discrimination protections in jury service for LGBTQ+ Illinoisans, ensuring prospective jurors are not excluded due to their sexual orientation. Previously, state law only prevented discrimination of prospective jurors based on their race, color, religion, sex, national origin, and economic status. Didech’s new law adds “sexual orientation” to that list.

Didech is also a sponsor of House Bill 246, now Public Act 101-227, which requires that history textbooks purchased for Illinois schools include portions dedicated to the contributions of LGBTQ+ Americans. Didech hopes both pieces of legislation will send a message that Illinois is on the right side of history.

“While Donald Trump works to reverse all the progress we have made, Illinois is fighting back and standing with our LGBTQ+ friends and neighbors,” Didech said. “Our state and community have made a lot of progress over the past few years in the fight for equality and must continue doing everything we can to promote a more welcoming society.” 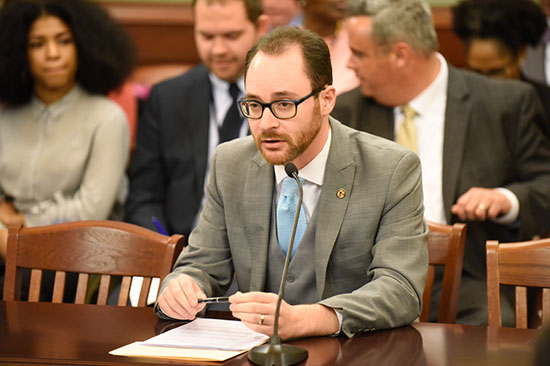