“Many smokers pick up the habit as teens because the tobacco industry specifically targets them with their predatory marketing tactics, knowing that teenagers are more vulnerable to the addictive properties of nicotine,” said Villa. “I am thankful to see this legislation become law, as raising the minimum age to purchase tobacco products is critical to help protect young people from a lifetime of dependency.”

Villa sponsored House Bill 345, also known as Tobacco 21, which increased the age to buy cigarettes, e-cigarettes, and other alternative tobacco products from 18 to 21 years old.

“Smoking is a public health issue. I fought for Tobacco 21 to put Illinois in line with other states that have raised the minimum age to purchase tobacco products and address the smoking public health epidemic,” continued Villa. “By keeping cigarettes and other tobacco products out of the hands of teenagers, we will be protecting them from lifelong addiction, a multitude of health problems, and ultimately a shorter life expectancy.”

The American Cancer Society has released research showing that smoking and other tobacco use shortens the lives of users by over a decade, and 9 out 10 people started using tobacco products before the age of 18.

“Tobacco 21 is an important tool to get tobacco out of our schools and end the cycle of addiction to nicotine and tobacco,” said Joel Africk, President and CEO of Respiratory Health Association. “Thank you to Rep. Villa for cosponsoring this legislation and putting the health and well-being of young people first.” 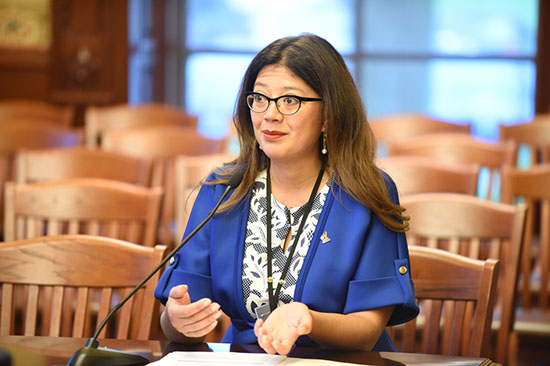