CHICAGO – Illinois’ immigrant families will be protected from the Trump administration’s intimidation and separation policies under a measure sponsored by state Rep. Yehiel “Mark” Kalish, D-Chicago, which was recently signed into law by Gov. J.B. Pritzker.

“We need to work proactively to protect immigrant communities from the unprecedented attacks coming from Donald Trump’s administration,” Kalish said. “When immigrant children are living in fear of being separated from their parents something is very wrong.”

“The hateful agenda being pushed by the Trump administration cannot be accepted as the new norm,” Kalish said. “Immigrant families should feel safe in our community and I will continue to advocate strongly to create state-wide protections for immigrants in Illinois.” 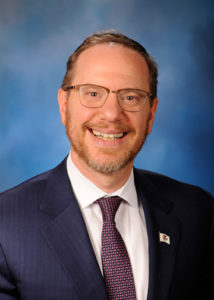