SPRINGFIELD, Ill. – In the midst of unprecedented attacks on women’s health across the country, state Rep. Emanuel “Chris” Welch, D-Hillside, joined legislators and activists in front of the Capitol for a rally to call for legislation that would protect a woman’s right to make her own health decisions.

“The law recently passed in Alabama is unconscionable and it pains me to think that my daughter is one misguided Supreme Court decision away from having her rights rolled back decades,” Welch said. “That’s why it’s vital that we pass legislation that ensures that women in Illinois will be able to continue to make their own health decisions, regardless of what occurs in Washington.”

Welch is sponsoring House Bill 2495, which creates the Illinois Reproductive Health Act, and repeals the outdated and unconstitutional prohibitions of the Illinois Abortion Act of 1975, putting an end to indefensible practices such as allowing a husband to get a legal injunction to prevent his wife from having an abortion. 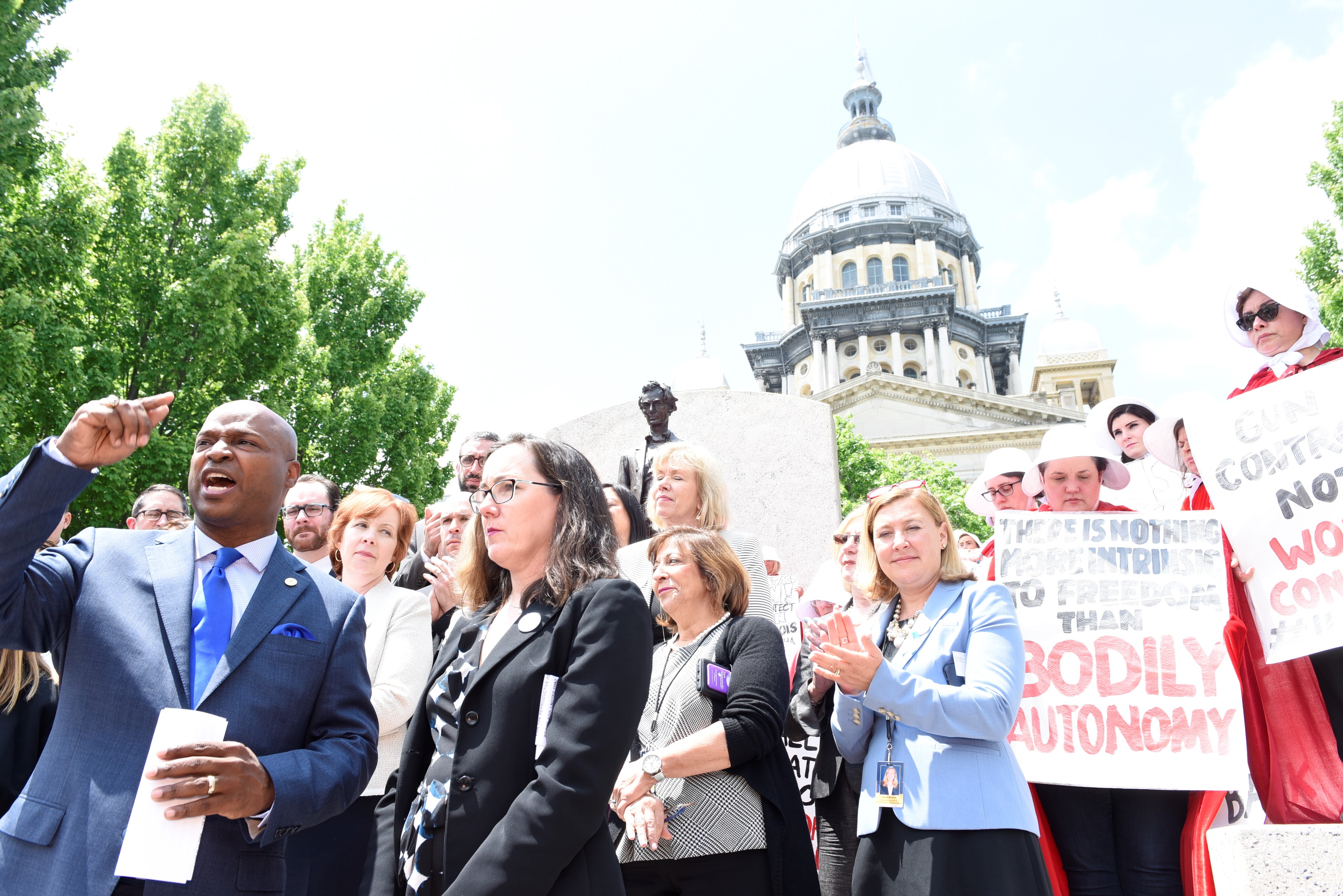 Pictures: State Rep. Emanuel “Chris” Welch, D-Hillside joins legislators and activists to stand up for a woman’s right to make her own health decisions at a rally outside the Capitol Wednesday.