SPRINGFIELD, Ill. – Continuing his commitment to local schools, state Rep. John D’Amico, D-Chicago, supported legislation to give parents more control over their children’s education by requiring the Chicago School Board to be elected by local residents.

“Parents and community members are the best advocates for local schools,” D’Amico said. “I believe that our families deserve a school board that reflects their needs and is accountable to students and parents.”

D’Amico supported House Bill 2267 to change the structure of the Chicago School Board from one appointed by the mayor to one that is elected by community members. The first elections for board members would take place during the 2023 municipal election cycle. Electing the board governing the Chicago Public Schools (CPS) will help bring transparency and accountability to the actions of CPS and allow neighborhoods a voice in what happens regarding their schools.

“I’m proud to support legislation that will help bring much needed accountability, oversight, and transparency to CPS,” said D’Amico. “Empowering local families to elect their school board will give a voice to the parents who now what is best for their child’s education.” 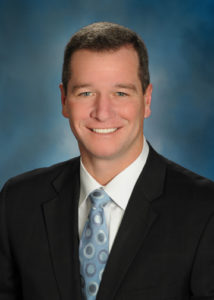