“This is the first step on what has been a long journey to ensuring that women get equal pay for equal work,” Meyers-Martin said. “I hope the Senate moves on this legislation quickly so it gets to the Governor.”

House Bill 834 prohibits employers from asking for a job applicant’s prior wage or salary history, which has proven to create and perpetuate disadvantages for women during the hiring process. According to the National Partnership for Women & Families, women in Illinois are paid 79 cents for every dollar paid to men, amounting to an annual wage gap of $10,834. This pay gap is greater for minorities, with African-American women making about 64 cents and Latinas making about 56 cents compared to their non-Hispanic white male colleagues. Meyers-Martin has made it a top priority to fight for equal pay for women.

“As a woman of color who has lived through many trials and tribulations, I understand why this legislation is needed and the good that it will do for future generations of women in Illinois,” Meyers-Martin continued. “Making this legislation the law of the land will go a long way in helping all women receive the compensation they rightfully deserve.” 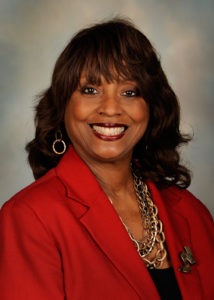