SPRINGFIELD, Ill. – A measure sponsored by state Rep. Terra Costa Howard, D-Glen Ellyn, to raise the minimum age to buy tobacco products to 21 passed out of the Illinois House on Tuesday with overwhelming bipartisan support.

“Many smokers pick up the habit as teenagers, while their brains are still developing and they are more vulnerable to the addictive properties of nicotine,” said Costa Howard.  “The tobacco industry knows this, and preys upon teenagers by appealing directly to them, drawing them in and causing them to form a dangerous, unhealthy habit at an early age.”

Costa Howard is sponsoring House Bill 345, also known as Tobacco 21. This legislation would raise the minimum age to buy tobacco products, electronic cigarettes and other alternative nicotine products from 18 to 21 years old.  The bill received strong bipartisan support from lawmakers from around the state, and passed out of the Illinois House on Tuesday.  The measure now moves to the state Senate for consideration.

“Raising the minimum age to buy tobacco products to 21 is the right thing to do, because smoking and the use of other tobacco products is a public health issue. We all pay the cost for nicotine addiction,” continued Costa Howard.  “I am proud to have supported this legislation to help keep tobacco products out of the hands of teenagers, which will reduce inevitable deaths, preventable disease, and health care costs now and through their adulthood.”

“I want to thank Rep. Costa Howard for putting the health and well-being of young people first,” said Matt Maloney, director of health policy for the Respiratory Health Association. “There are seven states that have Tobacco 21 laws in place, and Illinois is one step closer to becoming the eighth. It is my hope that the Illinois Senate will also pass this measure with vast bipartisan support.” 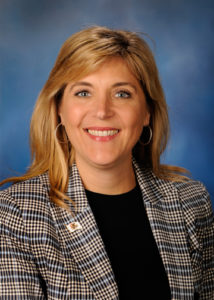