Mah Fighting to Crack Down on High Prescription Drug Prices

SPRINGFIELD, Ill. – Continuing her efforts to ensure families have access to affordable, live-saving medication, state Rep. Theresa Mah, D-Chicago, is backing a series of proposals that would hold pharmaceutical companies accountable while lowering drug costs for residents in need of care.

“The pharmaceutical industry functions in a way that allows drug manufacturers to amass profits and power at the expense of families,” Mah said. “Our system is broken, and we need to be taking steps on the state level to protect people and ensure they get the health care they need and deserve.”

A public opinion poll conducted by the House Prescription Drug Affordability and Access Committee reveals that the high cost of medication is a problem for working families throughout Illinois. Thirty-six percent of respondents living in Chicago said they or a family member had not filled a prescription in the past year because their drugs cost too much. Additionally, 94 percent of respondents said stopping the rise of drug prices is important for government to address.

Joining state Rep. Will Guzzardi, D-Chicago, chair of the Prescription Drug Affordability and Access Committee and other House Democrats at a press conference recently, Mah announced her support for a package of reform measures to increase prescription drug access and affordability. These include House Bill 1441, which allows the state to import low-cost drugs from Canada, as well as House Bill 2880, which would tax profits from price increases that exceed the rate of inflation.

Mah is serving her second term representing the 2nd District, which includes the Chicago neighborhoods of McKinley Park, Pilsen, Chinatown, Bridgeport, Brighton Park and Back of the Yards. For more information, please contact Rep. Mah’s district office at 872-281-5775. 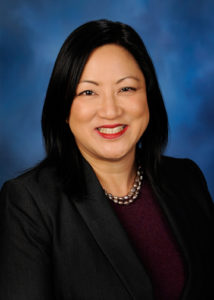